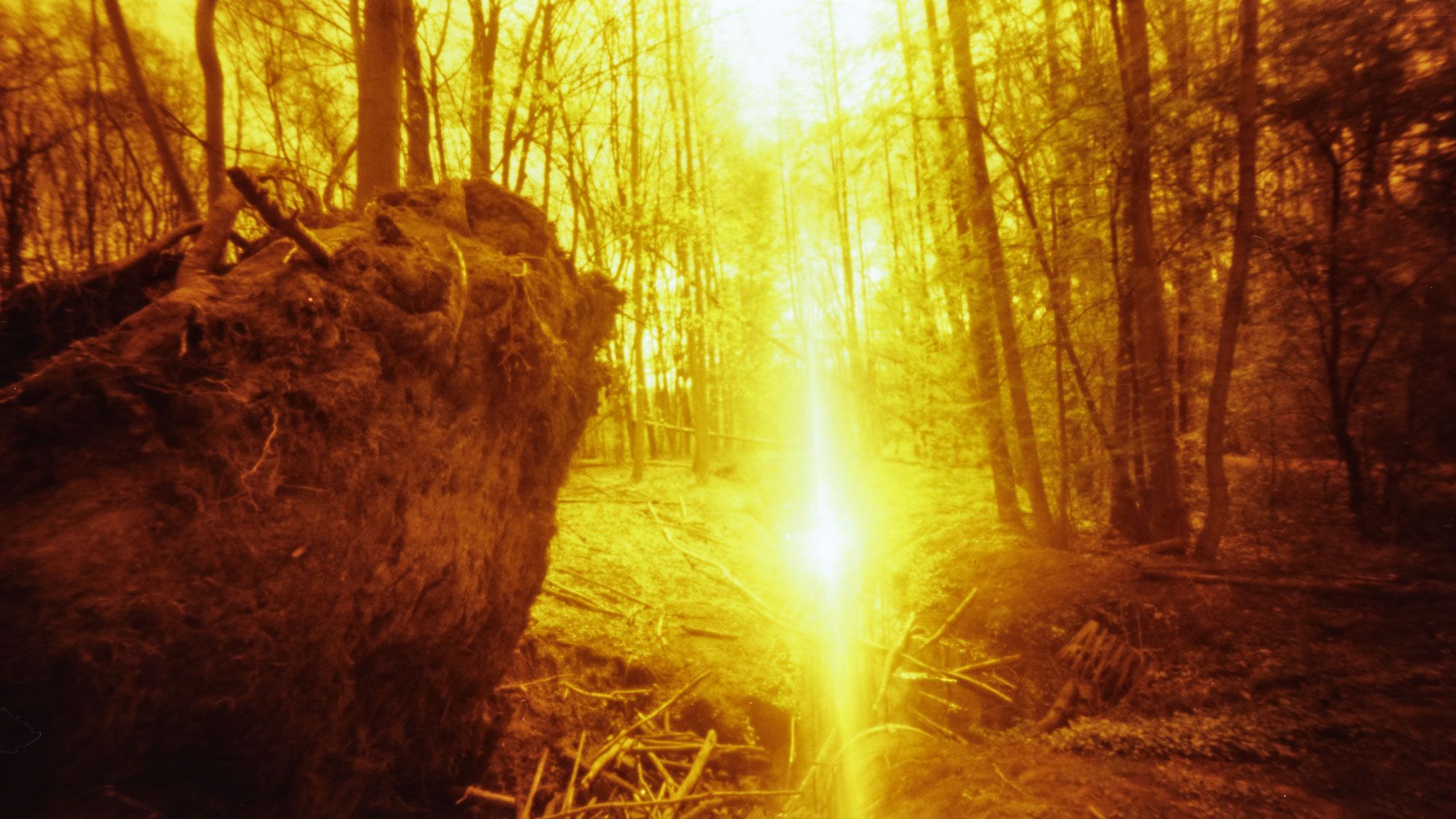 Redscale film photography - the light from the other side

Light from the other side? What is meant by this you want to know. It describes in simple terms the technique for creating the redscale film, which I explain in more detail in this article. I really like the uniqueness of this look, that amazes me every time and allows me to create truly surreal images.

Some weeks ago it was the World Pinhole Photography Day (WPPD) and I took the opportunity to use my redscale film and Holga WPC to experiment with film again. I show you the results and also colorful redscale picture galleries.

But what is a redscale film?

Short answer, redscale film is color film exposed from the wrong side which leads to a vivid red/orange/yellow color cast. Every film material contains of several color sensitive layers through which the light enters in a given order to produce a realistic-looking image. If this is reversed, the red-sensitive layer is exposed first. This results in a strong color shift to red, which gave this technique the name "Redscale".

How to get redscale film?

It is relatively easy to make your own DIY redscale film in 35mm format. I did this some time ago and got beautiful surreal images, which I show you below.

All you need is a regular C-41 color film and an almost empty 35mm film canister with some film end sticking out. To make sure that the film is loaded the wrong way, turn the color film upside down while connecting the two ends of the film. You can use tape to do this. Then, in the dark or in a changing bag, rewind the film into the empty film canister and you're done. More detailed instructions on how to make your own redscale film can be found on the Internet. I'll add some links at the end of the article.

But as you can imagine for 120 format film it is more complicated to do this. For that reason, I brought some film from Lomography so I would be able to experiment with 120 film as well. Lomography also offers Redscale film in 35mm and other formats.

Some considerations to keep in mind when taking redscale color photos:

As I wrote at the beginning, I took some photos on the World Pinhole Photography Day, which was April 24, 2022. The WPPD is yearly on the last Sunday in April. I used my Holga WPC pinhole camera which I loaded with the Lomography Redscale XR 50 - 200 film. As you may know, I like to experiment with films, and this seemed like a fun combo.

We went to a walk to my regular spots at the Wakenitz, a nature reserve. This time I wanted to capture these places in a different, unique way. It was an overcast windy day with a few sunny moments now and then.

I took 6 pictures with this film because the camera takes pictures in 6x12 frame format. I measured the exposure time at F8 for ISO 50 and calculated the time for the required F135 pinhole aperture. Due to the unknown reciprocity failure I added some seconds by guessing depending on the measured values and light conditions. In this article you can read more about how I take pictures with a pinhole camera.

Two weeks later I developed the film at home with the Tetenal C-41 kit. I was really surprised about the results and glad to have chosen this combination. Here you can see some pictures.

In the following I show you a selection of my redscale pictures I did some years ago. I used a Kodak Gold 200 film which I converted with the redscale technique.

You can clearly see in some of the images that the red really comes into its own in low light conditions and shorter exposure times.

The next images were taken with a Fuji GA645 Wi Professional also with the Lomography Redscale XR 50 - 200 film. Here I used the ISO 100 setting on the camera with automatic exposure time.

I hope I could inspire your interest in redscale photography and you will try it yourself. It is another tool in the vast possibilities of analog photography that makes it so incredibly interesting to explore. What do you think?