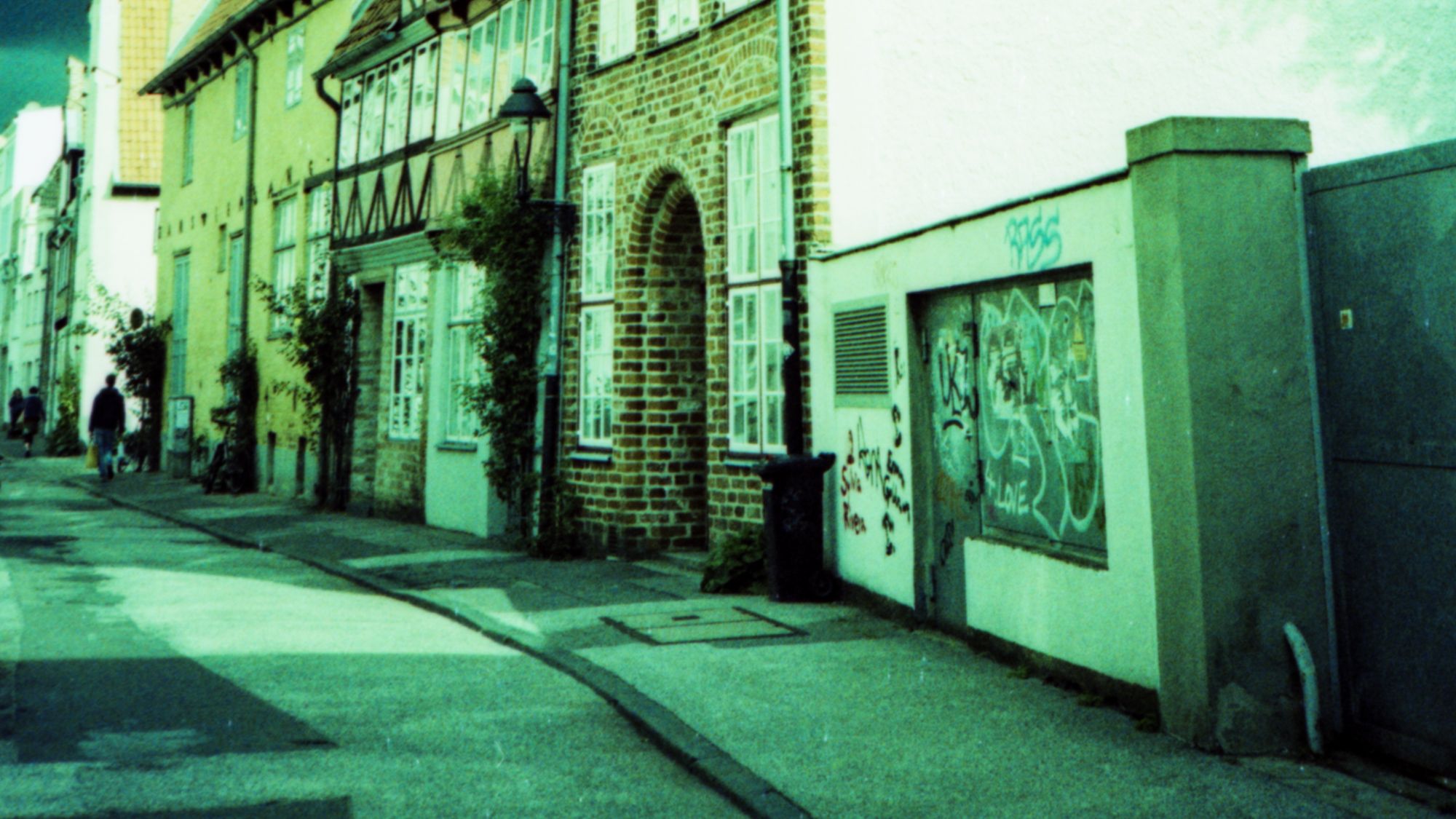 It happens that I developed my first cross processed film inadvertently. I took some pictures on a slide film but didn't mark the film properly afterwards. So I developed the film as always with a bunch of C-41 films. I was surprised to see the unexpected results and complete color shift of the negative. However, I scanned the negatives and analyzed what the reason was. In the end I realized that I unknowingly did the cross processing ;-)

In this article I want to introduce you to the world of cross processing... and at last you will get to see my first picture.

Color negative film is the most common color film. This type of film is proposed to be used for printing. Usually with the means of an enlarger in the darkroom. This film will be developed with the C-41 chemistry in a standardized process. Typically, the negatives have an orange look that is the result of a color mask.

Color positive film is also known as color reversal, chrome, slide film or transparency film. It's developed after the E-6 process. Here you get a correct, positive image which can be viewed with the help of a magnifying glass or a light box.

WHAT IS CROSS PROCESSING?

Cross processing (also referred to as X-Pro) is when you intentionally develop your film with the wrong chemistry. For instance a color negative film is standardized processed with the C-41 chemistry. But if you take the E-6 chemicals normally used for color positive film then you do a cross processing. The same can be done vice versa.

WHAT IS SO SPECIAL AND HOW IS IT DONE?

The most common characteristics of cross processing are changed contrasts and extreme color shifts. Each film has a different look. The color shifts can have a wide range from high saturated red, blue, green and so on. For instance, the image might have a strong blue tone in the shadows but a heavy yellow in the highlights.

In general E-6 film processed in C-41 shows a lower contrast and has muted colors.

How do you do cross processing?

Some film labs offer to cross process your film. But you have to state that explicitly. Otherwise, it usually happens that the film is developed as it is written on the film canister.

But the easiest way is to develop your film by yourself. There you have the most control about the process. I used to do this with the Tetenal C-41 Kit and a Jobo rotary processor. So far I develop color film by the C-41 process so that a roll of slide film can easily cross processed. As for the other films in the tank, I can say that I did not notice any negative side effects.

REVIEW OF THE RESULTS WITH THE AGFA PRECISA CT 100

In the following I will show you my recently cross processed color positive film. I used an expired AgfaPhoto CT precisa and took an Olympus XA camera which is my favorite travel camera. It's a small, lightweight 35mm rangefinder camera with a fast f/2.8 35mm lens which gives really sharp images.

How you can see in the pictures that these have a very dominant green look and a high contrast. I like the first picture of Lübeck very much. The sky looks extreme dark and in comparison to the houses has a nice contrast. Also, the greenish color completes in a surreal look.

Finally, I want to say that I like the unpredictability outcome of cross processing very much. You never really know what you're going to get, but that’s the fun of analog photography.

The picture on the left side is from the mentioned first cross processed slide film. Contrary to the AgfaPhoto you can see for the Fuji Sensia 200 film a color shift to red and also a strong contrast.

Hi Franck, thanks for your question and sorry for the late reply.
Yes, you are right. You develop the film according to the standard C-41 process with the same specified times. If you like the look, give it a try!
Enjoy taking pictures, bye Steffi