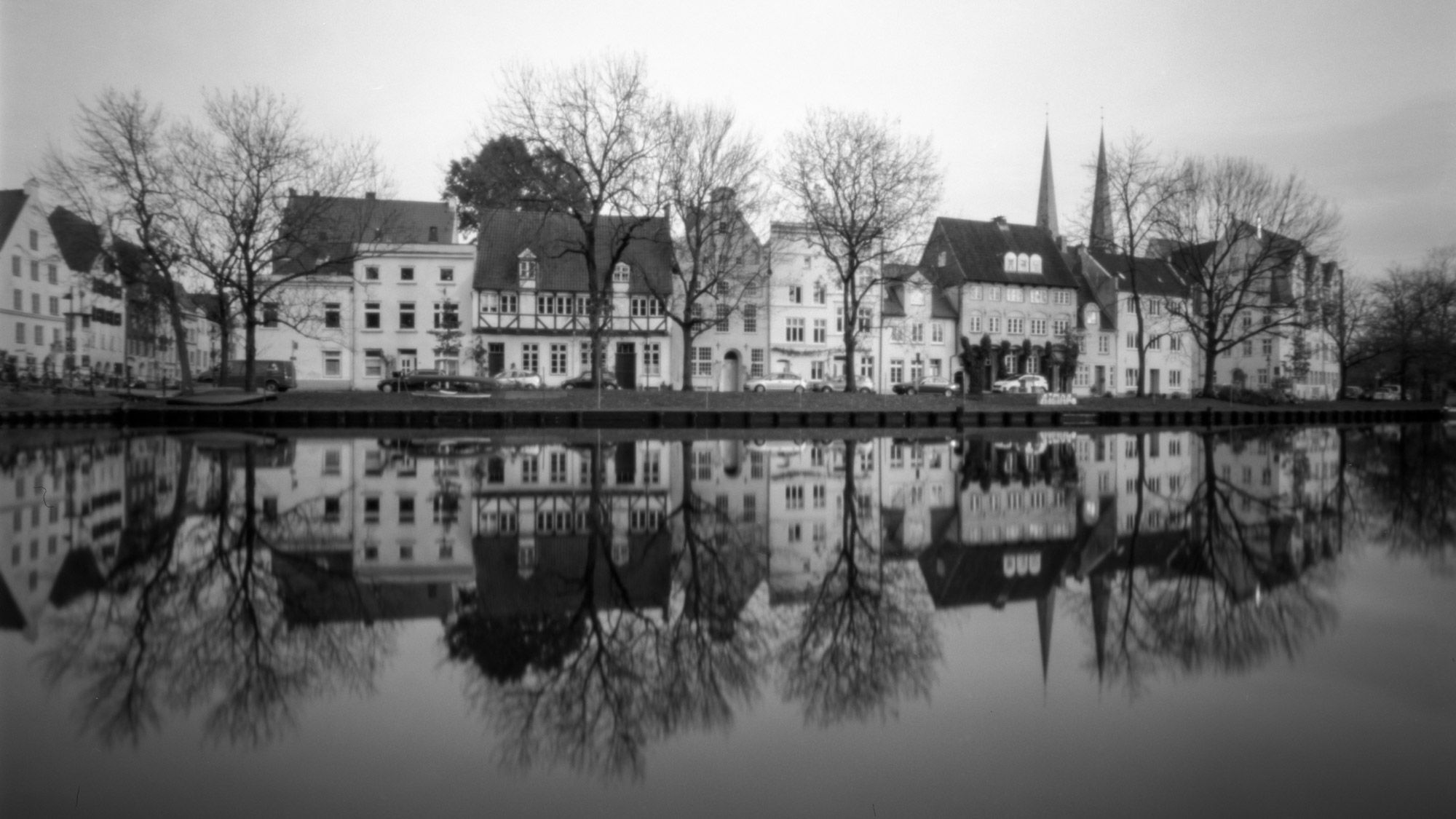 A Guide to 4x5 pinhole photography with a HARMAN TITAN

There was not much what I had known about large format photography some months ago. Only that there is a big wooden camera on a tripod and you see the frame upside down on a screen under a dark cloth. But I was curious about it and wanted to go into this field of photography which dates back to the 19th century. I'm still at the beginning. But I will give you a short introduction how I started with 4x5" photography with a pinhole camera.

BUT FIRST, WHAT IS LARGE FORMAT?

It is also refers to as sheet film with the most popular size of 4x5 inch (10x12cm) format. But it goes bigger up to 5x7" or 8x10" after that it's known as ultra large format. In comparison the 35mm film has a size of 24x36mm or medium format with the common 6x6cm frame. Because of the larger size each film sheet has to be placed in a holder.

Why large format and what's the main advantage?

HOW I STARTED WITH 4X5 PHOTOGRAPHY

It began with buying an Intrepid 4x5 camera MK2 which was founded through a kickstarter project. That was a good starting point because of the increasing community and attention of the popular project. So a lot of information got published and also video material for my research what's needed. Meanwhile I took the first photos with the Intrepid camera. In the future this will be worth to tell you about.

As you can read in a previous blog article, I've recently become excited about pinhole photography. In the last few months I have gained more experience with the Holga 120 WPC pinhole camera and participated in Holga Week.

To go in the large format pinhole photography was the next step for me to experiment more with the 4x5 format. I brought a HARMAN TiTAN 4x5" camera which was more straightforward and easy to use than any other large format camera.

WHAT'S TO KNOW ABOUT THE HARMAN TITAN 4X5 CAMERA

Specification for the 72 cone:

Specification for the 110 cone:

The main difference to the smaller formats is the loading of the film into the holder. Such a holder can take two sheets of film which must be loaded in complete darkness. Before I do that I clean the holder with a brush to remove particles which prevents the film from dust. The dark slide has two sides which can be used as a marker for unexposed (white side) and exposed (black side) film.

To load and unload the film I use a mobile changing bag which gives me enough space for the handling. Each film material has specific notches that are cut off on one short side. This can be used as an orientation in the darkness. Thereby you can easily find out which side has the emulsion so that the film comes correct in the holder. If you insert the film from the right side in the holder then the notches must be on the bottom of the right smaller side.

Additionally you should mark the holder with the film type which is loaded to avoid mismatches or wrong time calculations.

I recommend practicing these steps in daylight. Start with a sheet of film to get a feeling how to handle this in the dark.

Afterwards you have to unload the film in darkness. I develop the film by myself so that I insert the film sheets in a reel for the developing tank. I used the Ilford FP4+ film with an ISO 125 and chose the Ilfosol 3 b/w film developer (1+9) for a development of 4:15min @20°C. Then I let the sheets dry and scanned the films and that's it.

Finally I will show you some results of the photo sessions with the pinhole camera. I had chosen to capture some photos of the town I live -Lübeck- and was really happy to see the results.

I hope that I have covered all essentials for you to start with pinhole photography. How is your experience or do you have further questions? Please leave a comment below or get in touch via the associated media accounts.

Example for exposure calculation used for the HARMAN TiTAN pinhole camera. This file can be used as preparation to get the compensated exposure time for the apertures f206 and f250 and b/w film Ilford FP4+ and Delta 100 exposure_compensation_sheet.pdf